She is known to be the backbone of “INDI” couture wear, “IYA Bride” along with “iBRIDE Bridal Lounge” and the brand’s diffusion Line “INDI DIVA”.

During her 5 year stay in one of Europe’s major fashion focal points, she has been able to absorb a vast knowledge regarding numerous areas within the fashion industry. With time she has realized that a great design related to fashion would probably never be equal to a cure for a disease or a crucial solution for world hunger. However, one thing fashion is capable of is, making a person feel better and increase their self-esteem. It is not something purely superficial; as appearance can have profound effects personally and to the world at large.

She graduated from Middlesex University London in BA Fashion Design, as well as Women’s wear special from the University of Hertfordshire. Her skills were further furnished after she finished off her internship as a part of the permanent cadre at the Design Department of Henry Bertrand London which is the largest supplier of chiffon, organza and pure silk fabrics in the UK.

She took part in a wide range of international fashion shows under her own label INDI which was later launched in Sri Lanka at the Colombo Fashion Week in 2011. Up to this point, March 2013 was the highlight of her career as she participated under a collection inspired by Mexican floral and geometric embroidery designs at L’Oréal Melbourne Fashion Festival in Melbourne.

Today, Indi enjoys an ever-growing high fashion clientele and has successfully established three ready-to-wear lines – INDI couture wear, IYA Bride and her diffusion line INDI DIVA. Taking her renowned talent into another realm of design, INDI anticipates the official launching of her couture jewelry line in the near future. 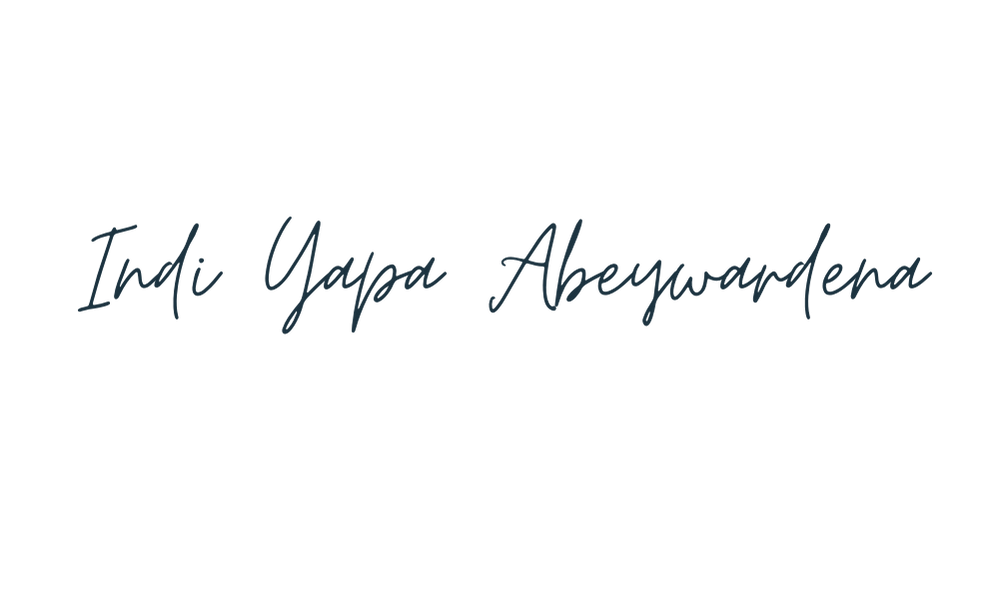 Was Awarded a Gold and Silver at Stevie
Awards for International Business. The
woman behind achieving this great feat
was Indi Yapa Abeywardena and her
years of dedications.
We recently received the email and look
forward to receiving the award via the
online award ceremony in November this
Year

Dedicated to the success of women,
Women in Management (WIM) unites
Sri Lanka’s women professionals and
entrepreneurs through a unique
networking platform, leveraging their
skills into global success.
IFC – a sister organisation of the World
Bank and member of the World Bank
Group – is the largest global
development institution focused on the
private sector in emerging markets. We
work in more than 100 countries, using
our capital, expertise, and influence to
create markets and opportunities in
developing countries. In fiscal year
2019, we invested more than $19
billion in private companies and
financial institutions in developing
countries, leveraging the power of the
private sector to end extreme poverty
and boost shared prosperity

SLIM Restart Resilience Awards 2020 organized by Sri Lanka Institute of Marketing (SLIM), the national body for
marketing in Sri Lanka was rolled out to provide necessary impetus for the businesses and to revitalize the country’s economy. Restart Resilience Awards 2020
recognized and rewarded the outstanding efforts of organizations including marketing innovations, adaptability and perseverance to overcome the challenges from the pandemic.

In an era where Women have to lead by example in empowering more women entrepreneurs, Indi has been in the forefront of it in Sri. Lanka and is an incredibly driven, community based optimistic entrepreneur in the Sri Lankan business world who is an example to the new upcoming youth entrepreneurs in the country.
I highly recommend Indi to any business initiative or entity as she would be able to provide invaluable knowledge and depth to any organization.

I remember when I first met Indi 12 yrs ago in my office, here was this new energetic designer with passion to succeed and today here we are, why am I not surprised.
She has stuck to the core of her interest, developed with her diligent work ethic, enhanced her talent, shared her journey with many who work for her and beyond. She has kept the development of women at the core of her growth.
It was with great pride I saw her unveil WH. And over the years It’s been a great association of her work with CFW. We need more such stories. I wish her more success and dazzling heights.

Indi is a successful and talented woman entrepreneur who keeps shining in every aspect of her life. Indi recently conducted a session on ‘Personal Branding for Career
Success’ for the IEEE Women in Engineering community of Sri Lanka. In her talk, she focused on winning your life as a woman and achieving your career goals amidst the challenges you face as a working woman.
This has initiated many dialogues within the Women in Engineering community and motivated us to not only achieve our goals but also create our own personal brand while reaching our targets and face the challenges that rise in our work environment. Indi is an asset to the fashion industry and also women entrepreneurs who are willing to learn the ropes from an amazing individual like her.

I have worked with Indi on many fashion-
related projects. As a fashion Entrepreneur, she has grown immensely and diversified her business in so many areas. Working with her on initiatives and projects I have seen how keen she is in uplifting women, other fashion Entrepreneurs, Designers and Artisans. She has become a great role model for young talents in fashion and the fashion students always look up to her for her creative work.
She is vibrant, energetic, very creative, and positive with any initiative she starts. Her effort to give opportunities for the upcoming design talents through her initiative Wear House Sri Lanka is highly commendable. I wish her all the very best in her future fashion endeavors.

She has been actively involved in many mentoring processes with the MDFD finalists and assisted in many workshop sessions which worked owards uplifting these young designers and helping them with their final designs for the competition.
She has shared her vast knowledge and expertise and contributed to empowering these young designers and making them ready to step into the Sri Lankan Fashion industry.
She has played a vital role in helping today’s community and is an inspiration to many!

We all as women know the road to female
entrepreneurship requires significant work as we actively challenge stereotypes and fight biases.
To have seen Indi grow through these
challenges and steering to build and
strengthen not just herself but a community of creative entrepreneurs is success to be celebrated and recognized.
Here’s wishing continued support and
strength to empower and set new standards for all women.

Listening to and watching Indi’s journey has been inspirational. Using every opportunity to the max and never giving up, is a learning for us all. Continue on your amazing journey.

I have seen Indi evolving to the person she is today through many chapters of her life. How she steered through all adversities that came her way is truly remarkable in the Garment and Fashion Business world, which is male dominated is inspiring.
Her determination, courage and dedication I see as the winning combination that aspiring individuals could get inspired, specially upcoming entrepreneurs. For me Indi defined in two words would be the “Unshakable will”
Always wishing you the best in life

Indi is the most open minded inclusive person you will ever find. She has made some bold statements through her work breaking the narrow
minded thinking in our society and supporting the LGBTQ community in Sri Lanka.
This may sound selfish but beyond her amazing work, what has been the show stopper in my life is her friendship it’s always a masterpiece

I am so proud of Indi who was fearless in
going after her passion with hard work.
She is an inspiration to the youth in our
society, specially young women.

Indi Yapa has revolutionized the fashion
industry in Sri Lanka with her simple, timeless aesthetics. She has brought on an air of sophisticated simplicity to the local fashion arena, infusing a bit of Sri Lanka in every single piece.
As a woman designing for women, Indi has always challenged the traditional social constructs of fashion, finding the perfect balance between art and wear ability. She is well on her way to launching Sri Lankan fashion on a global platform and I wish her all the very best.

I have always admired Indi not only as a
designer who has surpassed her equals not only by talent but also as an entrepreneur with her multiple ventures such as House of Indi and WH.
I wish her all the best for her future and
looking forward to witness and support the amazing work she’s going to create in the future too.